Student work from the fourth cycle of UnderAcademy.

THE INADEQUACIES OF LANGUAGE

America’s most trusted banality. I want my banality!
carlottasc / Banality Based Banality

My slogans for banality and Banality based banality:

“Bridge that gap with banality based banality”

“A banality based banality works wonder”

“Banality based banality: the white meat”

“And all because the lady loves banality based banality”

“Come see the softer side of banality based banality”

“I want my banality!”

“A finger of banality is just enough to give your kids a treat.”

Notes and Questions on Histology
Talan Memmott / Banality Based Banality

How to “perform” Queen-ing
various / Banality Based Banality

Students in Banality Based Banality have devised and developed a performative action that could be associated with Planking, Owling, Teapotting, Vadering, or Pottering. It is called QUEEN-ING and here is how it is done.

In a public place, with at least one other person around to document the action, stand up on a chair.
Over your left arm drape a bag of some sort.
With your right hand raised, give the rather stiff “queen wave.”
If you are with more than one other person (the person documenting the action) everyone must applaud politely as you wave.

Caught in the (performative) act
Talan Memmott / Banality Based Banality 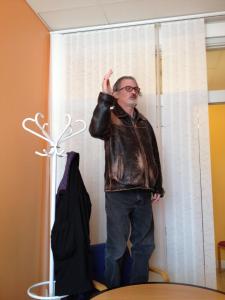 Without your kenning lyeth Sardinia fast vpon the Africke sea. The light that never was, on sea or land. When we set Land, some this, some that do guess. How many people do you guess might follow you to Houghly, expecting employment? It is good to compound employments of both [young and old]. Bald, because old, old, because living long. We had to wait a long time for a poor dinner, and pay a long bill for it when it came. It’s no use a-trying to come it with me. Hear me, for I will speak.

Here is the procedure:

10 REM OED QUICKLINKS PROCEDURE
20 SEED = “”
30 Look up your seed word in a dictionary.
40 Write down an example sentence given within the definition.
50 The last word of that example sentence becomes the new seed.
60 GOTO 30

“In this way the abstract machine operates at the interstice between finite and infinite, it deterritorializes the concrete world, breaking matter out of its overcoded forms, to put it back into contact with its vitality, with its living flows, its inhuman and inorganic nature.”

the things made by humans feel just as much part of what we might
point to and call “human” as our physical bodies do.
not just personal objects like clothes, cars, tools and toys but public
objects too- like lamp posts, buildings.
seems to be the case with nesting birds and bee hives as well
where it’s difficult to separate the thing from the thing that makes it.

An objectual poetics must take as its fundamental agents Hylomorphism? Some sort of a modified hylomorphism strikes me as potentially rather useful in constructing an objectual poetics, in a tradition inaugurated by Kathrin Koslicki (“The Structure Of Objects”, 2008, OUP) and Mark Johnston (?Strawson claims physical objects have ontological priority! (see Brody)…

…Tennis, where early in learning, one is pro-volley, and once one has
the fundamentals, the best players are pro-return, but anti-volley. A
“system” is inherently pro-volley, not in terms of make-work but in
terms of continuous process. That said, the tennis winner, proreturn, anti-volley, is non-cooperative/not a good systems component, having the goal, in winning, being breaking the system of volley/sustainability.

Looking outside of the game we are recalled to the wondrous
terrible matter of engagements/collisions of independent systems.
Juxtapositions breaking functional fixedness are
mute/simple/simplified demonstrations of reality [art imitating life]. 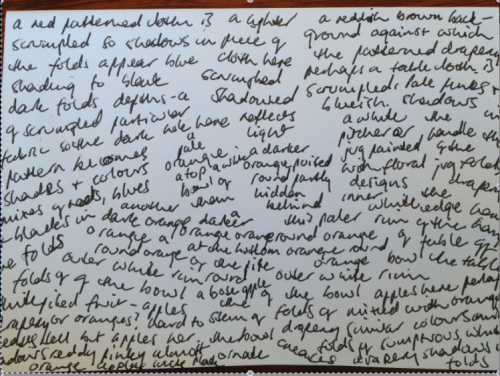 then the real world modifies or neutralizes
this gaze as it were: it always goes outward,
but in imagination our gaze appears
between parentheses or quotation marks.

Will You?
Kelly Lydick / The Inadequacies of Language

Two Harlots Quarrel in Public: They Call Out Your Name: Meaning?
Sylvia Liu / The Inadequacies of Language 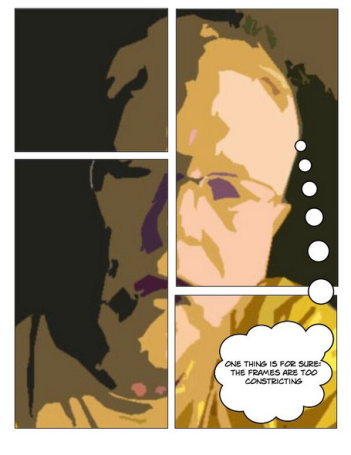 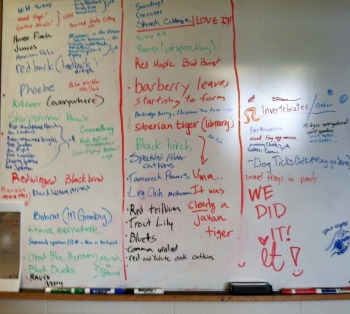